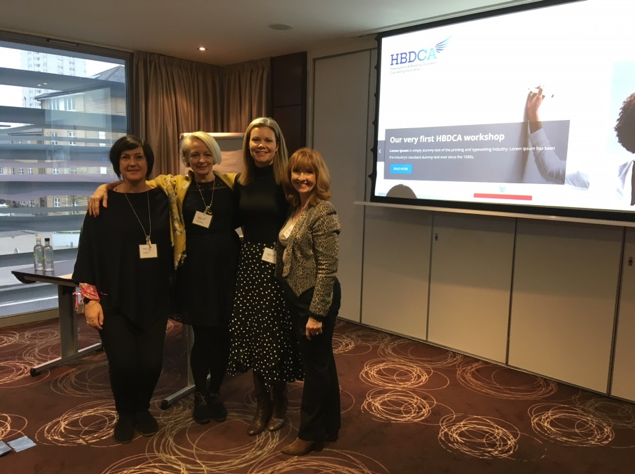 Two weeks prior to the workshop, an HBDCA questionnaire was sent out to ten potential participants by the RLH to establish issues and topics that might need to be covered during the event.

Of the questionnaires disseminated, six were returned in advance. These enabled the team at HBDCA to finalise content for the event at pre-workshop meetings held in Birmingham on 18 November and in London on 22 November. An example of the sorts of questions put is, What has caused the most impact and why? to which one respondent commented “The visibility of my condition – I’m pre-judged when I walk the streets and for job applications etc”.

In the event, three patients attended the Wellbeing Workshop, as well as Abigail Morris from the RLH. The workshop was facilitated by Christina Burgess with sessions and one to one meetings run by HBDCA therapists: Lisa Fowler, Marion MacGillivray and Angela Johnson.

Behind the scenes work was also undertaken in the run-up to the workshop by our Communications Associate, Anila Babla, to ensure the website was set up as well as the design and provision of HBDCA documentation for the day.

The workshop, due to start at 09.00, commenced at 10.00 due to the late arrival of attendees. Despite this late start, we were able to comprehensively cover the sessions outlined in the programme, learn a little about each participant and discuss and address issues, worries and concerns from each attendee, both individually, and as a group.

In addition, having been offered the possibility of having a one to one meeting with a therapist during the morning, each participant indicated that they would like to take up this opportunity, and despite the short time available for these sessions due to the late start, the feedback was that they were useful and welcome.

One of the evaluation tools used during the morning was a Problem Tree diagram where attendees could post some of their issues. These notes have been captured, along with notation taken by Angela Johnson during the session: ‘What does my bleeding disorder mean to me?’ These notes and observations are provided in separate documents.

“Being resilient and being able to cope with other people’s attitudes” – quote from ‘What my disorder means to me’ session.

At the end of the workshop, the patient participants were given an HBDCA evaluation form to complete, which are also being provided in a separate document. One respondent in their post-evaluation questionnaire commented,

“I think there were many areas and issues covered within a short space of time in quite some depth illustrating the professionalism and competence of the therapists as a team”.