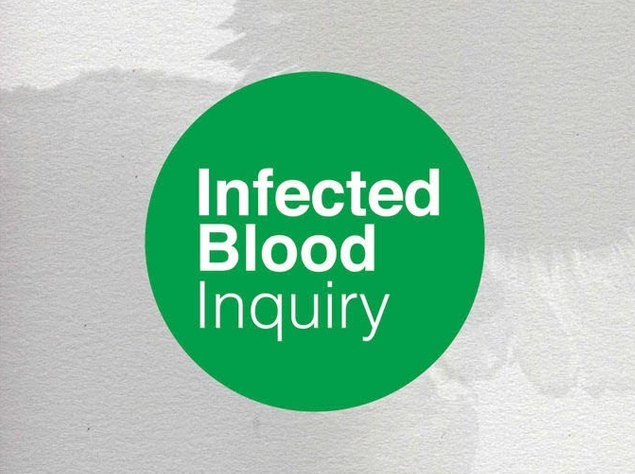 The Infected Blood Inquiry opened new evidence sessions on October 8 2019, beginning to hear the stories of those affected by the contaminated blood scandal. Relatives of victims and survivors are demanding answers from health officials on what was known with regards the risk of infection. Throughout the 1970s and 1980s many of those living with haemophilia were infected with HIV, hepatitis or both from receiving blood products which provide the crucial protein necessary for blood to clot.

On Friday 18 October, HBDCA attended one of the evidence sessions in support of families still fighting for justice. As victims and families of the bereaved told their stories, the true cost, which goes so much further than the tragic health consequences was clear. Witnessing their incredible courage was a privilege and we stand with them in their struggle for justice, accountability and compensation. This is the third such enquiry and we sincerely hope – the last.

The Chair of the enquiry Sir Brian Langstaff made the following statement:

“This is the time when I will reflect…on evidence. Last November I drew together some of the themes that had been explored, and I said this:

A repeated theme has been the often unanswered call for help and psychological support for those suddenly facing what has seemed an unfair death sentence, with all its side effects on partners, friends and family or the gruelling courses of treatment they have undergone, with their own side-effects. It is appropriate therefore, that when we begin our next set of hearings – remember, I was talking then LAST NOVEMBER, so that’s these hearings we’ve now just finished – we shall hear in particular from experts in psychological and psycho-social impact, as well as from experts on Hepatitis, HIV, blood and bleeding disorders. This evidence will place what we have already heard in a wider context…prepare for the hearings with decision-makers that will follow.

There can be no doubt, let me repeat that, NO DOUBT, that what we have heard this week has underlined that message, written it in bold, set it out again in starkest clarity. It’s done more than that! It’s added the voices of those who spoke via the intermediaries …we heard on Monday, and putting those voices together with the near 209 who spoke last year directly to those who were here or watching on-line, more than 250 testimonies have emphasised the need for psychological support to be heard, and I can tell you that I have now read over four times that number of written statements which have in their own individual ways added to the force of what has been said orally, but what makes me raise this again in such strong terms as I do now is that we have now heard that scientific expertise of the highest standing fully supports that view.

We shall all take our own messages from this week of evidence, but what I personally would like to highlight is this: It must be the case that anyone who is given a life-threatening diagnosis may need support, and should be offered it, and so too their families may need support. Yet the v fact that a number of people with chronic Hepatitis B, or chronic Hepatitis C or HIV infection chose to describe their…illness and…treatment…to those around them as being cancer rather than Hepatitis or HIV, shows that the isolation in which they had to bear their illness added a dimension beyond even cancer. Add to that the fact that so many clinicians advised.them to tell no-one…in effect medical advice to live s lie or the social network that would otherwise be there to support those who were suffering. This shows

That the stigma of having one or more of these blood-borne infections was not just something the sufferers alone recognised. Their doctors did, too. Add the sad fact that the evidence suggests that there still remains pockets of ignorance in – of all places – NHS staff. Add to that the worry – can I pass it on? Am I infecting those dear to me? Have I already done so? Dare I risk becoming a parent? And then, add the direct effects of the viruses on mind and personality and the effects of treatment; and if on personality, on relationships. All these factors make it clear that there was a need for there to have been an effective, knowledgeable, expert psychological support services on offer.

The evidence thus far has underlined that those who receive infected blood AND THEIR FAMILIES have suffered in all the ways I’ve highlighted, and many – probably most – have suffered all the more because they had no such support.

I am delighted to acknowledge the very significant advances there have been made in the treatments for Hepatitis, particularly Hepatitis C; and HIV, infection…thalessemia/sickle cell…but what we have also hear …though hepatitis C itself can be cured, chronic Hep C cannot yet be, nor can HIV. Anyone with either of these conditions must go on taking tablets for the rest of thrir lives. They may fear what the future brings. Their trust in doctors may be shaky…and we have heard that past infection and past treatment don’t simply disappear! A damaged liver does not cease being damaged overnight because the virus that caused it is cleared. Personality and mental function may be permanently affected. And we have heard that people are still scared of the way others will react…and some find it difficult to access services for…other conditions…

Every day this week…we have heard the same message, that support is needed…(including) from leading experts in Hep/HIV etc… We’ve heard that psychological support remains at best patchy in some parts of the country. So it’s for those reasons that I would like to draw the attention publicly, now, of NHS England and hospital trusts and boards throughout the country to the fact that the need for specialist treatment by professionals who have a special understanding of infected blood and blood products has not gone away. now that there is a greater success in treatment of the underlying conditions, that there is a need to ensure that the standards of follow-up for those who have cleared Hepatitis C but have been left with a compromised liver, are maintained…that the support not only of those infected, BUT THEIR FAMILIES needs special attention, and that those who have lost a partner, son, daughter, brother, sister, mother, father, grandparent or close friend must not be ignored…

I should add that I mentioned NHS England not because I’m being parochial, but because as you’ve just heard both N Ireland and Wales have told us that they’ve started to answer this call by providing services that were bespoke to those who’ve been infected by blood and blood products. If they have opened the door to treatment and support, I would hope, indeed expect, to see England and Scotland fully follow suit. Though I’ve had no…details…yet, the evidence suggests the outlay of public funds would not be great, but also that expenditure on support and screening will save money in the long run because it will help improve and maintain health…

I hope to be able to acknowledge in the final report that proper help and follow-up will be available across the UK.”