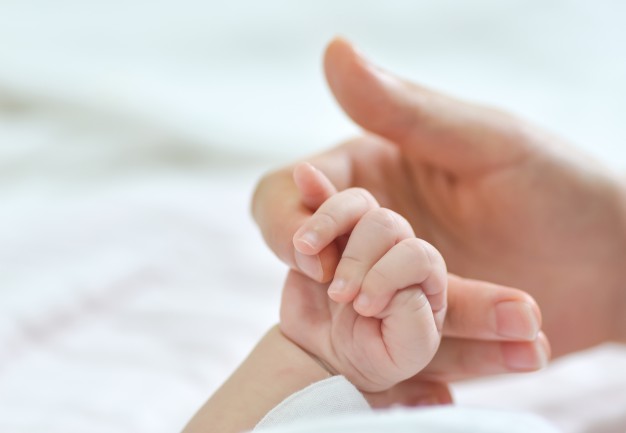 On 27 Sept 2019, HBDCA ran its first Newly Diagnosed Family Day at the Royal London Hospital Haemophilia Centre. Ahead of the workshop, HBDCA sent out a questionnaire to potential attendees with a note explaining the purpose and scope for the session. For many families with a history of bleeding disorders, their child’s diagnosis can provoke anxiety. For around 30% of families, there is no family history of the disorder which can be a distressing time as parents or carers navigate the potential impact on a child’s life.

Parents who might benefit from the Wellbeing Workshop had been identified by nurses Abbi, Clemmie and Kate, who also organised disseminating the pre-questionnaires. They sourced the venue for us at the RLH and provided toys for the two young children who accompanied their parents that day. A sandwich lunch and refreshments throughout the event were provided by HBDCA.

Although more parents had indicated they would like to attend, on the day there were 7 attendees plus two toddlers, with 2 parents returning the pre-questionnaires prior to the 27th September. 3 more questionnaires were completed by parents at the start of the morning.

The day was facilitated by Christina Burgess, with sessions overseen by HBDCA therapists: Lisa Fowler, Angela Johnson and Marion MacGillivray. Angela captured topics and themes covered during the day. These will aid us in creating insightful, psychological support for that person going forward should they require it, as well as to provide evidence of the need for a day such as this, and to inform future NDF projects.

Parents were also asked what their expectations of the day would be. The following points were offered by attendees:

Participants were asked to write down feelings they were currently experiencing to be included in our Outcomes Tree. They were asked to repeat this exercise towards the end of the day in order that a comparison could be made between the two groups of notes. This is useful for two reasons: firstly, for us to understand better, albeit in a snapshot, their current psychological state, worries and issues, but also to help HBDCA assess whether the day had been a valuable day for them and potentially altered some of their perceptions in a positive way.

It is hugely important to stress how evident it was, as soon as they arrived, that these parents had a very real need to share their stories and issues. The impact that these families had faced before, and during, diagnosis was very prevalent. Allowing them plenty of space to articulate concerns enabled them to communicate to us the fear, isolation and lack of support many of them had experienced during this time.

As well as the sessions being facilitated by Christina and the HBDCA team, RLH physiotherapist, Vish Patel, held a session, ‘Physiotherapy – how it works’, including Q & As, for the parents. Vish provided very useful information, sharing knowledge as well as answering a broad selection of questions. He did this in a very informal, friendly way which was ideal, in that the parents were able to access Vish’s expertise and ask him their questions and air any concerns they had about their child without the time pressures of clinic.

‘A nice pause to reflect. Great to hear from an advocate’. Attendee

In his session, ‘Your children do not have to be defined by their bleeding disorder!’, Laurence Woollard, Director of On the Pulse Consulting, talked with the parents from the perspective of being a young adult who has not allowed his bleeding disorder to define him. This was a very effective tool that helped reassure these newly-diagnosed parents, who are all very vulnerable and unsure at this stage of their child’s journey with a bleeding disorder. By meeting with Laurence and hearing how he has lived his life in such a positive way, he provided them with a great role model and example of how their own child could be in the future: living a fulfilled, interesting life with few limitations or barriers. Laurence was also able to talk through with them some of the issues his Mum experienced when he was growing up.

During the day, parents were offered the possibility of having one-to-one sessions with the HBDCA therapists. One parent elected to do this. The parent met with Angela Johnson, with the session taking place in one of the nearby consulting rooms. The parent indicated at that session that they would find further sessions helpful, and provision was subsequently put in place.

During the afternoon we were then joined by Dan Hart, who spoke with the parents about new treatments including those in the pipeline. Along with Vish, Dan was very generous in giving so much time to the workshop. The parents, and indeed, HBDCA, were very grateful, as both Vish and Dan’s input meant that these parents, so new to the world of bleeding disorders, went away armed, not only with psychological tools that will hopefully improve their mental wellbeing, but also with expert knowledge and medical insight that will help them to make better, informed decisions when advocating for their child and for their family as a whole. Dan and Vish’s input helped reinforce the very purpose of the day, which was to enable parents to go away feeling more confident, with a reduced fear of the future.

Towards the end of the afternoon, Christina read out a specially prepared statement written for HBDCA by a mother of a teenage boy with severe haemophilia, outlining her journey with her son from birth to present day. This mother’s authentic, moving perspective, along with that of Laurence’s, gave the mums and dads additional insight they could relate to, as well as providing them with further reassurance.

The Wellbeing Workshop was specifically designed so that, in addition to the relevant, informative sessions, there was plenty of space built into the day to enable the mums and dads to discuss experiences with each other, share tips they found helpful, and to articulate worries and issues they might be encountering such as lack of support due to geographical distance from family, or worries for the future, such as preparing their child to cope with school.

One top tip that came out of these discussions was the benefit of using distraction techniques such as TV, I-pads etc. when administering their child’s treatment. This has proven very effective and can make all the difference for both parent and child, especially if they are BOTH anxious.

It was stressed to the parents the value of keeping in touch with each other after the day, as peer-support is an invaluable tool. Christina also gave the mums and dads information about groups and organisations that would be useful for them to consider joining or contacting, including The Haemophilia Society, which runs Newly Diagnosed Week-ends (originally developed by Christina during her time there as Head of Services), and Local Families With Bleeding Disorders, which organises outings and events to bring families together across London and the region. She also told them about Barretstown, a wonderful organisation in Ireland, that provides free week-ends for children, siblings and families.

At the end of the workshop, participants were given the opportunity to provide feedback on the session. It was clear that in contrast to initial anxieties, families left feeling more supported and equipped to manage their child’s disorder and their attendant feelings: